McGill students have proven time and time again that they are some of the most creative, versatile and adaptive people in their approach to solving problems, and they’re using knowledge acquired in and outside of the classroom to generate innovative solutions to the world’s most pressing issues.

Nowhere is this more apparent than in projects stemming from McGill’s Sustainability Projects Fund (SPF). Over the last 12 years, the SPF has sought out and funded forward-thinking community-sourced sustainability projects that will move the University closer to its goal of carbon neutrality by 2040. Since its inception in 2009, the McGill Student-Run Ecological Gardens has been a prime example of the wealth of projects at the heart of McGill’s Climate and Sustainability Strategy.

It doesn’t seem all that long ago that Steven Leckman, Kourosh Mohtashami, Andréa Dugas-Hawkes, BSc(AgEnvSc)’12, and Emily McGill, BEng(Bioresource)’12, were undergraduate students looking for a hands-on initiative to build on the theoretical knowledge taught in their classrooms.

In 2009, a soon-to-be-graduating classmate had a plot of land in the Mac Community Gardens and asked Steve if he would take it over. As it turns out, it was precisely the kind of project Steve was looking for. “I wanted more time with my hands in the dirt doing stuff. It seemed like a valuable opportunity to gain practical knowledge working with the plants, so I jumped on it.”

At the time, the small Community Garden plots were the only on-campus gardening spaces available to students, so Steve sought to carve out as much of this space as he could for organic farming. With modest funding and the support of McGill faculty members and staff, the project he dubbed the “Student-Run Garden” quickly expanded.

“Professor Begg was instrumental in finding us space to work. When we explained what we wanted to do, she offered us six additional plots in the garden and I was like, ‘This is great!’” Steve recalls of Dr. Caroline Begg, BScAgr’79, PhD’95, currently a Faculty Lecturer in the Department of Plant Science and Director of Internship for McGill’s Farm Management and Technology Program.

As the project received more support and interest, Steve’s infectious enthusiasm for it continued to grow, and he found many other students eager and willing to get their hands dirty, too. Together, Kourosh and Steve coordinated friends and classmates to tend to the gardens. No one seemed particularly deterred by the time commitment or lack of funding; instead, they were excited to apply organic farming techniques to their garden plots and see the outcomes first-hand. “The club’s goal was to start connecting people to their food source,” explains Kourosh. “We thought if people could understand and see where their food comes from, they’d start to care more about it and invest in buying more sustainable products or want to get involved in some way.”

Steve remembers being motivated by how eager his classmates were to get on board. “We would walk out through the snow to get some kale from the gardens and I just remember people lighting up and being like, ‘Steve, thank you for asking me to come out – this is so cool.’”

Andréa Dugas-Hawkes recalls, “Steve was like a walking light, he was very inspired and naturally, that inspired the rest of us.” She was also encouraged by this new connection to a community of people who could see the potential of a large-scale impact of organic farming practices and saw the garden as an opportunity for students to think critically, experiment with new approaches, and fill an educational void. “We realized that we had to be the change that we wanted to see and the only way to do that was to stick to our ethics and values,” says Steve.

In 2010 Steve left McGill, but not before passing the passion project to Andréa who, alongside Kourosh, enlisted Macdonald Campus Students’ Society president Emily McGill, BEng(Bioresource)’12. That same year, the University established the Sustainability Projects Fund, prompting McGill community members to put forward ideas for sustainable projects. Andréa, Kourosh and Emily heeded the call by submitting a proposal for the organic gardening project they called the “Macdonald Student-Run Ecological Garden,” or MSEG for short. They built a case for funding with objectives that included addressing issues related to sustainable food systems, community education and engagement, and connections to the degree curriculum. They also developed a strategy to ensure the continuity of garden operations from year to year.

Suddenly, with their proposal accepted, they had the cash flow they needed to expand the project to a half-acre plot at the Mac Horticultural Research Centre and to cover the cost of field materials, operations and human resources. With the help of volunteers, the team of three co-managed operations, production, administration and outreach, including a weekly market stall at the Sainte-Anne-de-Bellevue farmer’s market.

The market not only served to actively educate patrons about their food source, but also connected MSEG with organic farmers in neighbouring stalls. “They became mentors to us in many ways,” says Kourosh. “Although we had access to very good professors, we lacked the practical knowledge: seeing how it’s done on the land, the little bits of it like irrigation techniques or tractor usage…things like that. They really supported us.”

Today, the MSEG project is in its 12th year and has received continued funding from the SPF to help it evolve its business model and expand its reach. It has grown to a scale that feeds hundreds of members of the McGill, Sainte-Anne and Montreal communities through its 75 weekly Community Supported Agriculture (CSA) basket subscriptions and weekly market stalls in Sainte-Anne-de-Bellevue and Marché Laurier.

What began as a handful of garden plots is now a small-scale farm, run entirely by students, that operates from the beginning of May to the end of October. And although it has changed in some fundamental ways, MSEG continues to abide by the founders’ basic guiding principle: to give students the opportunity to grow produce using sustainable, organic practices.

Learning from those early years, MSEG now requires that participating students, who hail from a host of disciplines and academic backgrounds, commit to a two-year term, learning the ropes in the first year and then passing that knowledge on to new recruits in year two, allowing for knowledge transfer and continuity of the program.

“It’s totally the dream. It’s so beautiful there to hear that MSEG is still going and is such a success,” Steve says. “It really aligns with what we were trying to achieve in that we tried to learn more together and convey that knowledge to the next group of people,” adds Kourosh. “I’m really happy to see that they’ve really baked that into the structure because that’s what’s really kept it going.”

Beyond farming, the interpersonal skills they took away from the experience were invaluable. “We didn’t always see eye to eye on every decision and it wasn’t always fun, but we made time to talk and made an effort to understand each other’s perspectives,” says Andréa.

The co-founders believe that the two key factors that are foundational to MSEG’s success are community development and the ability to stand up for what you believe in.

“We are part of a whole that includes what we call the environment and other human beings. When we build communities, we build relationships that help us have compassion for and better understand other peoples’ realities, and that leaves us feeling less alone. This project gave me a community and the confidence to know that I wasn’t alone in believing that organic farming could have an impact – that we could have an impact,” Andréa explains.

“We advocated for this project to the University administration because we understood how essential the hands-on organic farming experience was to a well-rounded education,” adds Kourosh, who believes that the establishment and continued success of MSEG is a testament to student determination and perseverance. “We learned first-hand that challenges represent an opportunity for growth, and that they are the key to evolving into more harmonious ways of communicating and decision-making.” 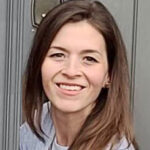